Grew up in a family that champions education achievements, Shadia Kansha never thought that singing would be a career that she will pursue. Born in Yogyakarta and raised mostly in Semarang, while also juggling a law degree, this 22 year old girl thought that singing was just a hobby of her. That is until she got her heart broken and started to have certain feelings that needed to be put out into writing. Out of a whim to entertain herself, she strums a few chords and the next thing she knows a song called “The Man Who Has Hurt Me” was born. She didn’t stop writing ever since and found making music is quite therapeutic for. Hence Sade Susanto was born.

In 2018 she released 2 singles including “The Man Who Has Hurt Me” which received positive reviews. Her first ever EP that she released through Semarang’s music collective HILLS. called “Checkpoint” . This EP went on and was praised by people in the industry and said to be one of the best releases in 2018 by Pop Hari Ini. Checkpoint is the diary of the broken-hearted teenage girl who eventually decided to move past from it. Instead she founds her calling.

Sade’s music is heavily inspired by her favourite R&B/Soul artists. It all started when her mom introduced her to Aretha Franklin in such a young age, not long after she instantly fell in love with soul music. To name a few more SVW, Erykah Badu, Jojo, Lauryn Hill, Mary J Blige to modern artists like Mahalia, Ella Mai, H.E.R inspired her in music. For Sade herself music is a way for her to grow, to feel, and most importantly, to reflect on herself. In mid 2020, Sade Susanto announced that she is officially signed to Jakarta based label, JUNI Records. She released 2 singles with JUNI, Don’t Control Me and U Got Me. 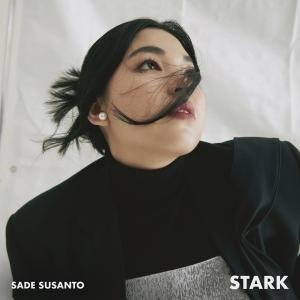 Sade Susanto U Got Me